The Future of Spray Foam

Necessity is the mother of invention. As the industrial revolution started a roaring global economy toward the end of the 19th century, humanity faced a new challenge. Population growth was not sustainable. The population was expected to plateau or shrink without a scientific breakthrough. The global food supply was driven by the discovery of saltpeter in South America. Saltpeter was essentially bird droppings that had been deposited and fossilized over millions of years. Saltpeter was being mined to be converted to fertilizer and explosives like gunpowder. By 1900 our planet had one and a half billion humans. The saltpeter deposits in South America European countries, who were mining to support agriculture needed to feed the world, were almost completely mined. As the world lurched toward the 20th century the resources required to sustain life and population growth were almost completely gone. 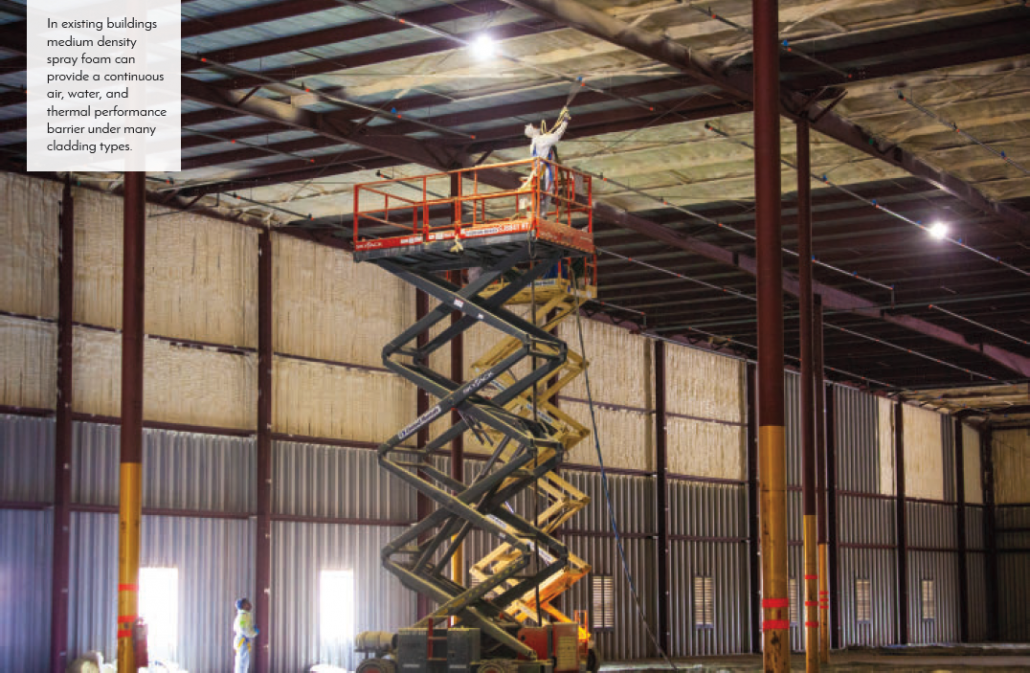 With knowledge that the air we breathe had a significant amount of fixed nitrogen; the great scientific challenge at the end of the 19th century became how can we extract the fixed nitrogen in air? To meet this challenge high pressure chemistry was born! A German scientist, Fritz Haber, discovered that highly pressurized air plus a catalyst would create a chemical reaction, converting the fixed nitrogen in air into ammonia. Later the intellectual property of this technology was purchased by a German dye company and the next challenge became commercialization. A young engineer credited with the birth of mechanical engineering, Carl Bosch, engineered the large-scale commercialization of this process and the Haber-Bosch process was born. Fast forward 120 years and this is still the primary source of nitrogen extraction for fertilizer production. This technology was responsible for both the sustained growth in global population and the growth of explosive technologies.

We need immediate solutions. Currently buildings use 50 percent of all energy. 70 percent of energy produced in power plants is lost in transmission. It’s like going to the gas pump and dumping $0.70 on the ground for every dollar pumped in the tank. There are huge innovation opportunities to upgrade and rethink our electricity grid, but the low hanging fruit lies within the buildings. If we can offset the energy used by buildings, then we are halfway toward meeting our sustainability goals for the future of our planet.

The most sustainable buildings start with high performance envelopes. Mechanical systems will be continuously improved as required by standards and regulations, and will be replaced many times within the useful lifespan of a building. A residential dwelling with spray foam in an unvented attic and advanced 2×6 framing in a hot climate like Austin, TX requires almost 60 percent less tonnage than a house built to the IECC code minimums 10 years ago. The cooling costs are cut by more than half. In a cold climate like Denver, CO the furnace size is also reduced by nearly 60 percent and the heating costs are also cut by more than 50 percent because of the high-performance envelope.

The key challenge we face in zero energy buildings is real estate. Older buildings use so much energy they simply do not have enough roof space to support the amount of renewable energy required to match the energy consumption. High performance spray foam technology can pay for itself in new construction by simply trading off less expensive mechanical equipment. In existing buildings medium density spray foam can provide a continuous air, water, and thermal performance barrier under many cladding types. A spray foam performance barrier on the exterior walls, floors, and encapsulating an unvented attic space yields over 60 percent energy saving to the existing building segment.

With the global challenge in supplying resources to sustain our planet, spray foam is among the sharpest tools available to meet our global sustainability needs. If necessity is the mother of invention, then rethinking how we meet our performance challenges in new and existing construction is the most inexpensive way to meet our challenges now and in the future. No other product controls conduction, convection, and moisture in one step with a single continuous application.

The Future is Now – Introducing 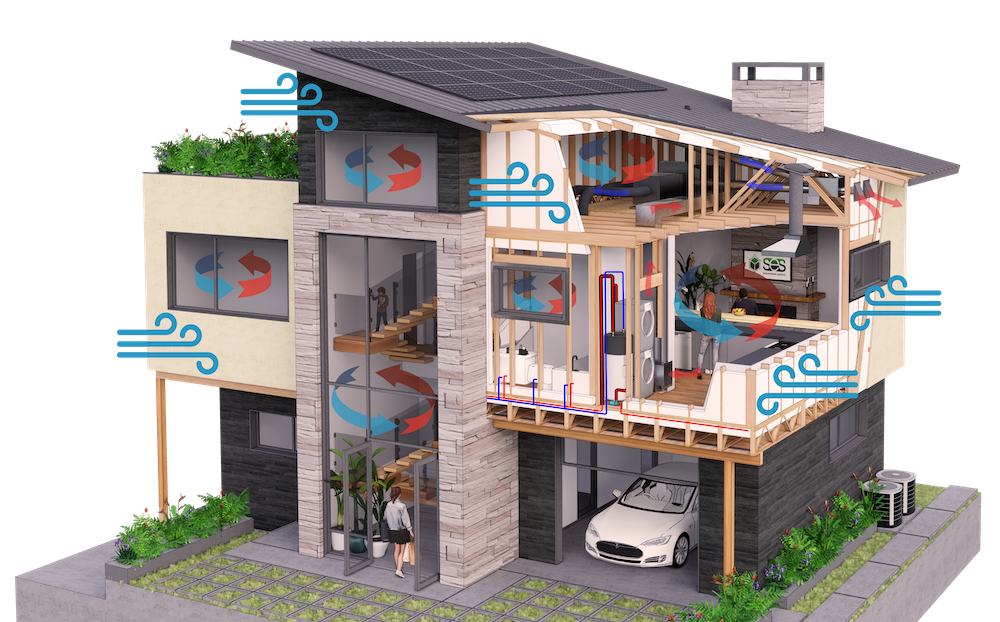 OASYS by SES Foam, an above code builder program that aims to simplify high performance construction now, advancing sustainability for our planet and the generations to come. OASYS is a complete home wellness system that addresses energy usage, air leakage, and air quality using innovative insulation products. Using the best insulation possible, it is easy to build high performance homes that provide safety, durability, comfort, as well as energy efficiency for homeowners and the global grid. With the OASYS system, SES Foam is providing sustainable leadership for the future of our planet.

Maximizing the Benefits of Spray Foam in High Performance Homes

Retrofitting SPF in a Crawlspace
Scroll to top