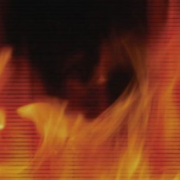 HOUSTON, TX – December 15, 2017 – Both the International Residential Code and the International Building Code require separation of spray polyurethane foam from the living space by a 15-minute thermal barrier. The gypsum board installed at the ceiling plane of the house or building usually serves as a thermal barrier, but foam sprayed within the attic space must also be fire protected by an ignition barrier or equivalent, according to the code. One of the stipulations for allowance of an ignition barrier is if the attic space is entered only for purposes of repairs or maintenance. Attic maintenance often requires “Hot Work,” which is a leading cause of house fires and, unfortunately, is also attributed to injury and death every year.

What do we mean by hot work?  Welding, cutting, and grinding immediately come to mind when we think of hot work, and these are generally associated with new construction. Soldering or brazing is also hot work and is used in both the construction phase and in our existing homes and buildings by plumbers and HVAC technicians.

The National Fire Protection Association keeps records of house fires across the country, including some sobering data on house fires started by hot work. U.S. fire departments respond to an average of 4,440 structure fires involving hot work per year, causing an average of 12 civilian deaths, 208 civilian injuries, and $287 million in direct property damage per year. From 2001 to 2015, five firefighters were fatally injured in four unintentional fires started by torches. 42 percent of the fires involving hot work in 2010-2014 occurred in or on homes.

Why is this important?  It’s very likely that a house with central air conditioning will have a refrigerant line set (copper pipes) in the attic. It’s also common for the AC or heat pump coil to be located in the attic, either in an air handler or attached to a furnace.  These copper pipes are usually brazed at the joints using high-temperature, silver-bearing brazing rod, which requires a high-energy torch like MAPP-gas or oxyacetylene.

This is not just a propane torch as the copper needs to be heated above the melting point (liquidus state) so the filler material (brazing rod) flows into the joint, filling the tiny space between copper pipes and fittings completely. (See table)

An example of this brazing rod or filler material is Dynaflow™ by Harris. Its six-percent silver content is lower than some of the older brazing materials (15 percent in the past) but the fluidity and heat required make it a preferred material by HVAC technicians.

Note the heat required to melt the brazing metal: 1465°F to make it melt and flow! This is the reason for the high-temperature torch used by HVAC techs. A MAPP gas torch burns at about 5400°F. Oxy-acetylene burns even hotter at about 6300°F.

The service tech is often working in a hot, cramped attic space, sometimes sprawled across the ceiling joists with dark glasses and leather gloves for PPE. Using both hands to evenly heat the copper or brass and carefully feed the brazing rod to completely fill ­­—but not overfill—the joint. This takes focus and concentration and it is often accomplished in an awkward and uncomfortable position. This kind of scenario typically contributes to accidents.

Now consider the auto-ignition temperature of wood, open-cell SPF, paper, and any number of other items in an attic in close proximity to an HVAC tech making an AC repair with a torch. Wood ignites between 375° and 500°F, so it’s understandable how a high-temperature torch could start a fire beginning with an attic framing member or the technician’s service manual, work order, or any other combustible material near the brazing site.

Attic maintenance often requires “hot work,” and hot work is a leading cause of house fires and, unfortunately, is also attributed to injury and death every year.

A fire like this could rapidly develop enough heat to ignite low-density foam in the attic if the foam is not an Appendix-X rated foam or protected from ignition by an Alternative Ignition Barrier coating.

Appendix-X of ICC-ES Acceptance Criteria 377 for spray foam insulation gives us a peer-reviewed and a clear testing procedure with defined pass/fail thresholds for fire resistance of foam plastics. Most all medium-density, closed-cell SPF’s pass the Appendix-X fire performance test without any additional coating or covering, and there are several low-density, open-cell foams on the market that also meet this specification. Nearly all foams that can’t pass the Appendix-X test uncoated can pass with a simple liquid-applied intumescent coating. This is important because the HVAC service tech who might accidentally start a fire from hot work (brazing) in the attic needs to have time to escape the smoke and blaze of an attic fire.

There are low-density spray foams being marketed today that can’t pass the Appendix-X test. They simply ignite and burn too fast. Instead of passive fire protection from an Appendix-X rated, slow-to-ignite foam or coating, they rely on the attic fire building rapidly to consume the oxygen in the space, which starves or smothers the fire. With this oxygen-depletion method of attic fire control, there seems to be no consideration for the technician who might be struggling to wiggle himself out of the attic. And, what about the kids who were messing around with fire in the attic, or the homeowner working on a DIY project who might also accidentally start a fire?  People are more important than buildings and that’s the primary reason for Appendix-X.

Appendix-X rated foams in our attics are there to protect people who might be working in the space and firefighters who respond to house fires started from hot work. If constructed perfectly, an attic assembly relying on oxygen depletion for fire control would probably protect most homes from total destruction from a fire started by a lightning strike or electrical fault when no one was in the attic, but is that really the point? As a responsible SPF professional you need to ask yourself before you spray foam in your customer’s attic, is it the house or is it people you’re trying to protect? If people are more important than houses and building, use an Appendix-X rated foam or assembly in every attic, and for that, SucraSeal by SES is an excellent choice.

Want to join the discussion?
Feel free to contribute!